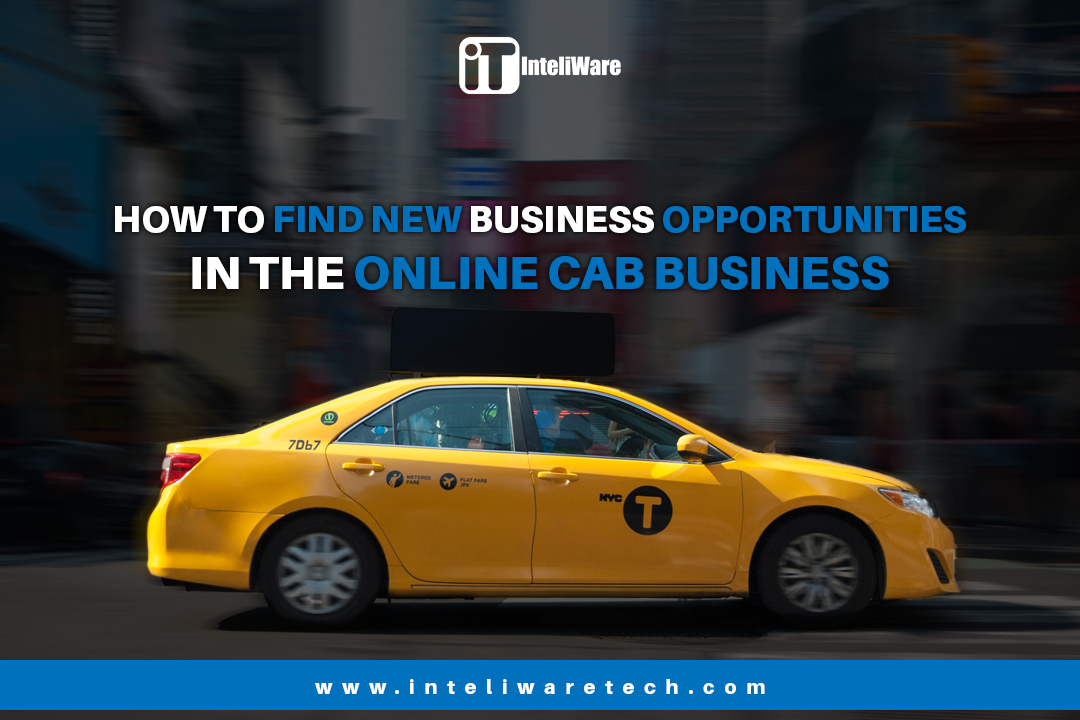 How to Find New Business Opportunities in the Online Cab business.

Travel and transportation is with mankind from the very early ages. First humans started to travel by foot then the use of animals like horses came in. As the history of mankind evolves, transportation also evolves with it and the first significant invention in this field was a steam-engined powered vehicle in 1769. As history moves further, the evolution in the transportation and automobile industry increases and led towards new means and ideas of the travel business like taxi business. At the end of the twenty century, many people had their own taxi company or cab company running successfully in the ride hailing industry. Then in the first decade of the twenty-first century, technology started to evolve rapidly. Many businesses adopted it and converted from their traditional process to digital platforms that serve their business more than the expectations. During this era, the idea of the online cab business was born.

Ride hailing business or taxi business is a business that is and always will be an in-need business. Because as you can see through the history of mankind, traveling is something every human is required to reach its destination, and always will be required. That is why taxi companies and cab companies are so successful. Anyone who does not have a vehicle has to book a taxi or even sometimes those who have their vehicles also have to book a cab to reach their destination. Even if the technology further evolves, there will be still a need for cabs to travel to too many people. So, the taxi business is one of some businesses that will never get obsolete.

As the taxi business never gets obsolete, many people have started their taxi company or cab company on smaller scales as entrepreneurs. This with the passage of time created a saturation in the ride hailing industry. But whenever saturation arises it creates opportunities. So, people started to study the market and tried to find gaps like regardless of too many taxis, there was still a lack of cabs in mid-night hours, which gave birth to the idea of the online cab business.

In 2009, Uber Technologies Inc. commonly known as Uber, came up with the idea to take cab business to online cab business. It started an online cab service where anyone can book an online taxi and travel in it. This idea was so unique and facilitating that it gained worldwide recognition within no time. Uber app generated a tremendous amount of ravenous. A small visual demonstration of the uber app’s revenue from 2017 to 2021 is as follows:


These stats clearly show how much profit uber has earned in billions of Dollars through an online taxi booking service. Also, the worldwide popularity leads Uber towards strong customer retention.

The international popularity and the amount of ravenous uber generated attracted many entrepreneurs to start online cab booking businesses. This created a very positive effect because it created job opportunities for many people in different fields. Now you can book a taxi online to anywhere you want from any app you like.

After a great number of people launched their online cab business, some issues appeared in the ride hailing industry. One of the main issues even Uber was facing and created a crisis was the low take-home pay of the drivers and driver’s satisfaction. Most drivers don’t earn much once commission, expenses, and taxes are taken into account.

The crisis and saturation in the ride hailing industry generated fertile ground for new and innovative ideas for online cab business owners and engaged other third parties to increase the drivers’ take-home pay. These are different useful services for the app users to avail and the service providers get the profit along with the driver’s cut. Some of these ideas are:

The idea of this innovation was to mount a tablet or a screen on the passenger side of the vehicle where the user can do different things like playing games, watching the news, or monitoring the locations of where he/she is heading, interspersed with small advertisements which allow drivers to earn money. Octopus Interactive first introduced this idea to the online ride hailing industry. Many drivers from different online cab businesses like Uber, Lyft, or Gett have applied for tablet, mount, and LTE data. The games and quizzes on these tablets allow riders to win cash prizes along with their sponsor’s advertisements. The drivers can earn up to one hundred dollars through octopus. Octopus works with many high-profile clients like Red Bull, National Geographic, and Disney, etc. Octopus advertises them on its network of tablets and earns money and gives drivers their commission.

Another way to boost driver earnings along with your profit is live advertisements. This idea is based on advertising any brand on the vehicle on the road. It is done by mounting a digital screen on the roof of the vehicle and it will display the advertisements of your sponsors according to the location of the vehicle. This idea was first introduced by Vugo which led to a thirty million dollars investment in San Francisco. Another company in New York named Firefly is also allowing online cab drivers to earn money. It promises drivers to earn up to three hundred dollars monthly.

This idea originated from Ivee, a Chicago-based company. It involves slight changes in the vehicle like decor, interior lighting, or equipping the vehicle with a karaoke machine or other fun-related amusement gadgets. Analysis showed that cabs with such time passing facilities got more tips from riders than the usual cabs.

Drivers Assistance is a good innovation for drivers. It helps them to see where they can get maximum rides in their region. For example, if there’s a concert or any other public gathering in an area, the driver’s assistance will push a notification to its users about it so they can find rides. It also predicts future events like the weather forecasts or any other situation so that the drivers can know the best hours to be on the road. A company named Gridwise provides such assistance to drivers. It claims it can help drivers to earn up to thirty-nine percent more on an hourly basis. The company offers a mobile app that aggregates data from numerous third-party sources, including traffic services, social media, weather, and local news, as well as crowdsourced data from its network of drivers.

This concept includes the sale of small products in the car during the ride. The products are displayed in a transparent bag up front by the driver and the rider can buy anything from them by visiting the online store app. The products include basic mobile phone accessories, candies, or other small items needed during traveling. With the help of this innovation, drivers can earn extra cash along with their ride fares. A company from New York named Cargo provides such a facility and earned many profits with good driver commissions. Cargo previously told VentureBeat that drivers can earn up to five hundred dollars extra per month through commissions, referrals, and bonuses, though in reality, the average driver earns closer to one hundred and thirty dollars.

The ideas mentioned above in the online cab business are a few of those which are implemented on a wide scale and are proved successful. But no barrier limits the number of new ideas to innovation like:

You can launch special services for those who have small children or babies with them. Cars mounted with special child seats can be a good idea for family rides.

A special car service can also be launched for those who have some special conditions. For example, if a person can not walk and uses a wheelchair, then he can be facilitated with a car mounted with a facility to commute them.

A feature that shows riders useful places all along the ride near them can also be a good innovation in your online taxi business. For example, if someone books a taxi online and starts to ride, then your app shows him all the useful nearby places or the places of his interest from wherever he passes.

You can also facilitate the customers through your app to decide the fare of the ride and then let any driver who is willing to commute to the destination in the decided fare take the ride.

If you want to grow, innovate and promote your taxi business, we can help you. We at InteliWare Technologies not only have a ready-to-use uber clone script but also we will convert it according to your business needs and plans at a suitable cost within a suitable time. For example, Inteliware Technologies can deliver the complete ready-to-start business white label uber clone within 14 days. And already has a strong portfolio building on-demand apps for its customers around the world. Just get in touch and rest assured about everything.